A Diamond Discovered in Erstwhile Barracks 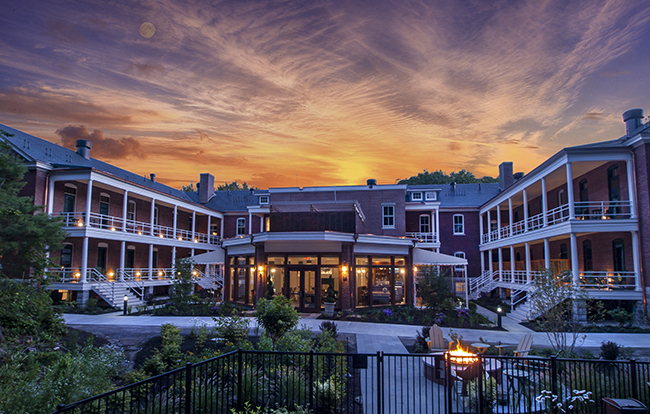 Military barracks were never so comfy as the Inn at Diamond Cove on the northern end of Great Diamond Island. The historic property, converted barracks to a two-story deluxe inn, is strategically situated on a small island in Casco Bay, a 45-minute ferry ride from Portland, ME.

As we decompress on the ferry, I spot a Blue Heron perched in a small tree near the shore and an Osprey family nesting on the remains of an old granite barge.

Will Nash, a college student who works as a valet on property, picked us up at the ferry landing in an electric golf cart and drove us the half mile to the inn. Cars are banned. The only vehicles are bicycles and golf carts. No sirens, no horns, no New York City sounds or traffic jams. We immediately felt a  peaceful silence. Nash, describes it as the “quintessential Maine inn.” 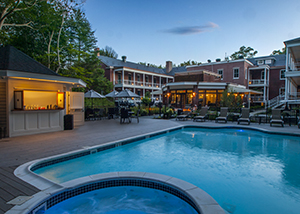 The Inn at Diamond Cove, the only inn on the island, is now in its second season. In a previous incarnation, it housed soldiers in the Spanish American War (1898) and World Wars I and II. Ft. McKinley was built as part of the Coast Artillery in the late 1800’s. The US Army abandoned the Fort in 1947 and passed it on to the US Navy in 1954. Many of the buildings, now restored, are private homes. Ft. McKinley and Diamond Cove are listed on the National Register of Historic Places. The island has a natural feel since no more than 20 percent of the land can be developed. A small museum on island tells the rest of the story.

At the inn, take notice of the reminders of the past while experiencing warm and friendly service. Stay in one of the 44 spotlessly clean deluxe guest accommodations. Sleeping in former barracks is hardly on anyone’s bucket list, but the interior surprises with exposed old brick, beautiful hardwood flooring, high ceilings blended with stark modern bathroom and kitchen features, plush bedding, and a spacious living room with fireplace and terrace with lounge chairs. They retained architectural integrity while adding modern conveniences.

A glass top wooden case in the lobby was originally located in the Fort McKinley Post Exchange, now the administration building adjacent to the hotel. The case still displays the Sugar Babies, Chocolate Moon Pie, Necco Wafers and Clark’s teaberry gum which was for purchase by the men housed in the barracks.

The twin lane bowling alley is truly from a pre-war era. A handful of kids were enjoying setting up the duckpins and then rolling the balls to knock them down. Not automated, not fancy, but genuine. Observers sit in wooden church pews. The indoor basketball court calls from another era as well. Fans, there, can watch as they collapse in the balcony on stuffed chairs or couches like those found in their grandmothers’ homes. This is part of the charm. No pretenses, just plenty of activities including a heated swimming pool and tennis courts with an on-site pro. 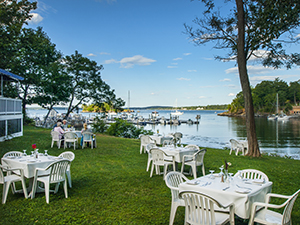 There are miles of hiking trails, some with remnants of abandoned military installations, and a half dozen beaches to explore. My favorite is Pleasant Cove Beach –or Sea Glass Beach to the locals. It’s covered with small pebbles. As legend goes, soldiers smashed bottles during wild parties there. Now, it’s quiet and peaceful. But as with most Maine Beaches, the water is cold. The sea glass is a result of the Army’s waste disposal program in the mid 1900’s. Find a piece of colorful sea glass as a souvenir–there was a dish filled with shades of blue sea glass in our suite-- and leave the rest for the next generation. Across the bay, you have a clear view of Cow Island. In the late afternoon, open a bottle of wine, plop in an Adirondack chair on the grass and look out over the harbor from Sunset Beach to catch the brilliant sunset or watch the fog roll in. 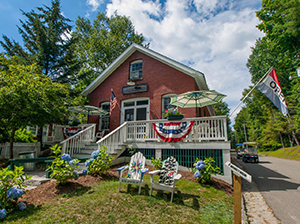 Former New Yorker, Karen Tucker, is one of the 30 or so year round residents – the summer island population rises to about 400. She moved there two decades ago and told me, “it’s really freeing” for her. “It’s forced simplicity.” She and her husband were having drinks at the lobby bar when we met. He first discovered the island on an archeological dig. Now a full time resident, he’s a lobster man. I took a restorative yoga class with another year round resident, Kate Hoffner, who enjoys the “peacefulness” of the island and describes it as “a place out of time.”

The Inn has a casual indoor/outdoor restaurant serving breakfast, lunch and dinner. One can also opt for a short golf cart ride and sit on the deck or lawn overlooking the harbor for dinner at nearby Diamond’s Edge Restaurant. Whether you’re a meat or seafood eater, the signature “side” of lobster garlic smashed potatoes is rich and buttery and not to be missed.

The Inn at Diamond Cove, situated on what was once called Hog Island, is a unique place to unwind and forget time – note that cell phone service is unreliable – Fall rates: $300 to $500 per night.

Karen Feld is an award-winning writer living in NYC and Maine. Her website is www.karenfeld.com 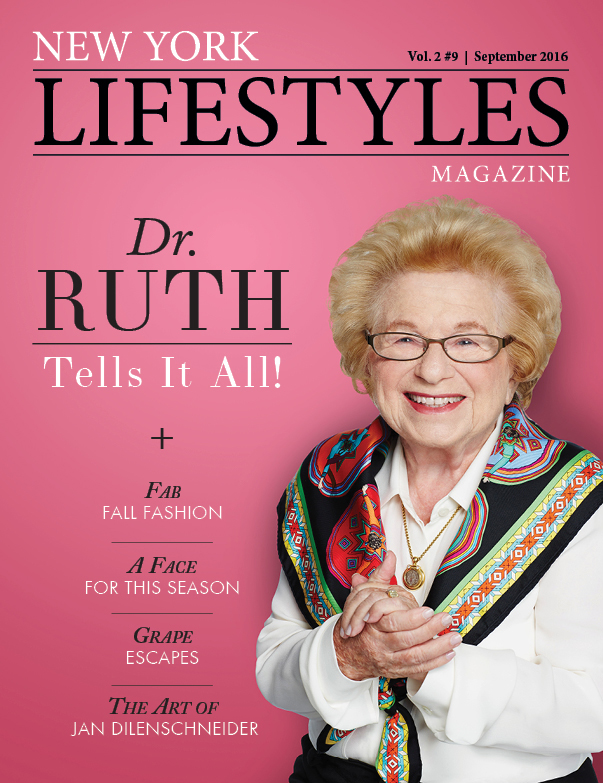 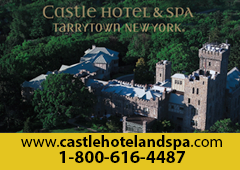 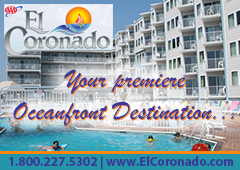 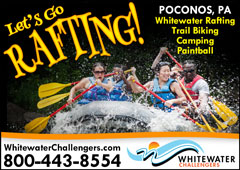