By Beth Shapiro, Executive Director of Citymeals on Wheels

Both of my parents were born and raised in Brooklyn. So even though I grew up in Charlotte, North Carolina, my childhood is filled with memories of visits “home” to see my grandparents and extended family.

I remember being awed every time I cooked with my grandmother Stella, who would take hot pans out of the oven with her bare hands. My other grandmother Sara had a dress shop in her Brooklyn basement. One of my fondest memories was getting to use the sewing chalk. The poor women who worked there were often covered in chalk dust when I was around, but I always was made to feel important and loved.

HOW IT ALL BEGAN 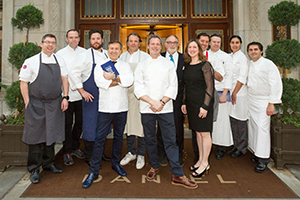 There was never a question where I saw my future. Three days after graduating college I packed my bags and moved to New York. One of my first indulgences was a subscription to New York Magazine—particularly to read legendary critic Gael Greene’s restaurant reviews. Twenty years later we would collide, not on the pages of a magazine, but at my first Citymeals on Wheels board meeting.

Days before Thanksgiving in 1981, Gael read a New York Times article reporting that homebound elderly New Yorkers were not receiving meal deliveries on weekends and holidays. Outraged that in a city of such plenty, thousands of seniors would go days without food, she began calling her friends in the food world, including renowned chef James Beard.

Together, they raised $35,000. Contacting the Department for the Aging, the city agency responsible for meal deliveries, she offered the money on one condition: 100% of the funding would go to meals. The agency turned those dollars into Christmas meals for 6,000 older New Yorkers.

Citymeals on Wheels was born. 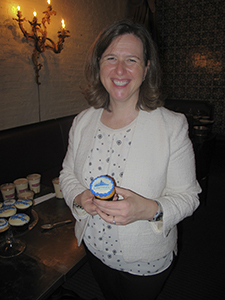 Today, Citymeals provides a continuous lifeline of nourishing meals and vital companionship to the city’s homebound elderly. Working in partnership with community-based organizations and senior centers, Citymeals prepares and delivers over 2 million weekend, holiday and emergency meals for more than 18,000 of our frail aged neighbors each year.

In 2006, looking to shift my career in advertising and marketing, I accepted a position as Director of Marketing and Communications at Citymeals. I pushed to bring more visibility and public recognition to the lifesaving work that Citymeals does. A promotion to Associate Executive Director followed and, in September 2011, I was appointed Executive Director after the organization’s Founding Executive Director, Marcia Stein, retired.

As we celebrated our 35th anniversary this past Christmas, the biggest change I’ve witnessed is the growing need for our services. The number of people age 60 and older living in the city is climbing. By 2030, seniors will outnumber children for the first time. Also, older New Yorkers increasingly face the problem of food insecurity, with ten percent now lacking reliable access to affordable, healthy food.

The need is real.

I’ve gone on hundreds of deliveries, but still recall the first meal recipient I ever met. Mamie lived just blocks from where my dad grew up in Brownsville. Her apartment was dark and stuffy. Mamie, then 85, sat on a chair in the kitchen. Her sneakers, held together by duct tape, rested on the worn linoleum floor.

Mamie spoke fondly of her family, all long gone. She laughed, recalling evenings of dinner in the kitchen with good friends when her husband Nathaniel—“Boot”—would entertain with impromptu soft-shoe dancing. They enjoyed 37 years together until his death in 1981. Barely able to walk, Mamie, a retired chambermaid at a famous hotel in Manhattan, had lived alone since losing Boot. Their only child died in 2003.

Looking down at the chicken lunch I’d just delivered, she explained, “I need shoes. I worry about my rent, my phone, my medical bills. But Citymeals is so wonderful. I couldn’t afford food otherwise.”

A CONNECTION TO THE WORLD 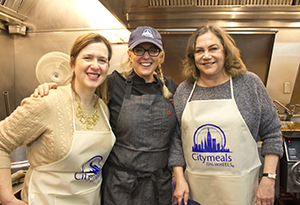 In many ways Mamie represents so many of our meal recipients. Chronically disabled by conditions like vision loss, diabetes, arthritis and heart disease, nearly all need assistance walking. More than 60 percent of our recipients are over the age of 80, and two-thirds are women.

I often describe our meal recipients as our “hidden neighbors.” Too frail to leave their longtime homes, these older New Yorkers who built our city now live behind closed doors with the regular visit from Citymeals often their only connection to the outside world.

Citymeals started as a means to make sure the city’s homebound elderly had enough food to sustain them. Over the years we’ve increased our focus on the overall well-being of the seniors we serve, including programs that combat isolation. Our Friendly Visiting initiative connects meal recipients with trained volunteers who visit weekly and become companions. Other programs enlist volunteers to call, write and craft handmade cards, helping our recipients know someone is thinking of them. 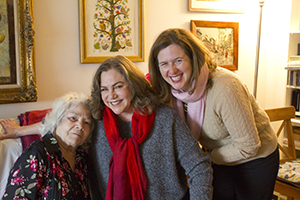 Citymeals is indebted to our generous donors and army of more than 15,000 dedicated volunteers. It’s so gratifying to have overseen a significant increase in volunteer participation. Since 2006, volunteer hours have skyrocketed, increasing to nearly 72,000 hours of service.

One of my proudest moments was Citymeals’ response to Hurricane Sandy. More than 860 Citymeals volunteers braved Sandy’s aftermath to deliver 64,595 emergency meals to older New Yorkers stranded in their homes with no heat or electricity. As we walked up flights of dark, steep stairs, I saw the direct impact we were making on our isolated neighbors who were in dire need.

My grandparents—and probably yours as well—had people around to care for them until the end. The city’s homebound elderly have Citymeals. 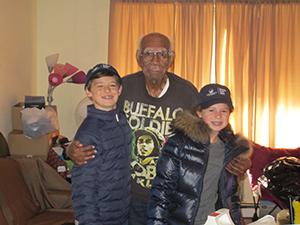 Since our founding, Citymeals has delivered 54 million meals. And one thing has remained the same for all of those 35 years. One hundred percent of public donations still go directly to the preparation and delivery of meals.

Even on the most challenging day, when the stress of budgets and fundraising can feel daunting, I remind myself of Mamie and the thousands of people like her we nourish—and I know why we fight so hard for our homebound elderly neighbors.

For more information on how to volunteer or donate to Citymeals on Wheels, visit citymeals.org. 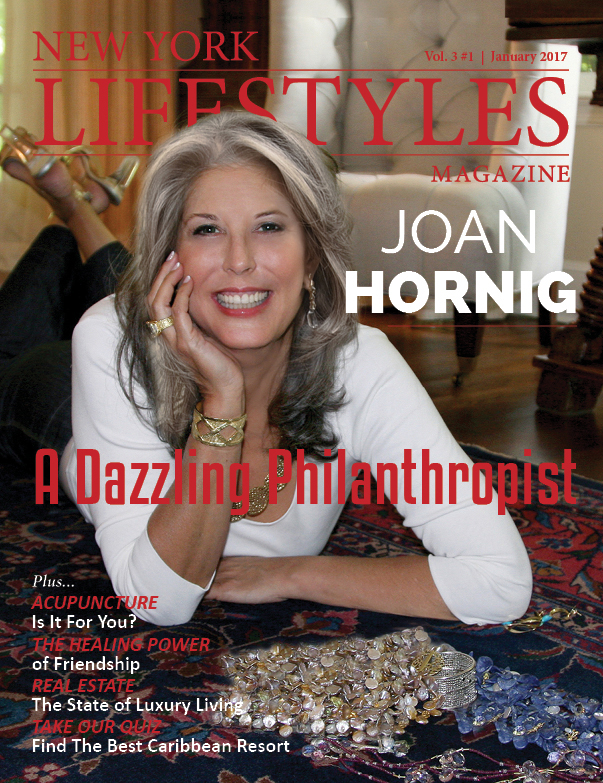