The Magical Migration Of Monarch Butterflies 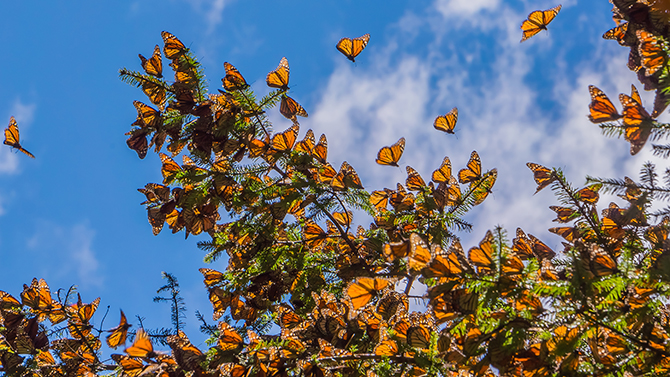 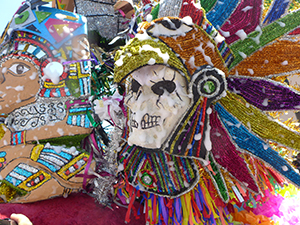 I stood some 10,000 feet above sea level in a quiet clearing, enveloped by a dense forest of towering oyamel fir trees. I was on the trail of monarch butterflies, which settle in western Mexico for the winter, after a 2,500-mile migration from the Canadian Maritime Provinces and the Eastern United States. During their overwintering “rest” in Mexico, thousands of visitors flock to view this phenomenal sight, from late January through early March, before the butterflies make their way back north for springtime. It is worth noting that a staggering 100 million butterflies make this migration.

Scrutinizing the canopy of 100-foot-tall trees in the El Rosario Sanctuary, I thought at first that the branches of several of these majestic colossi had withered and died. Then it hit me: The trees’ sagging, burnt sienna cloaks were opaque, not with dead branches, but with a blanket of russet- and ginger-colored roosting monarchs, each weighing less than a gram.

SOCIAL BUTTERFLIES
As I gazed, phalanxes of them suddenly took flight. Thousands upon thousands of butterflies suddenly swooped from the branches, exposing the muted green trees’ needles. Forming undulating ribbons, they trailed through the sky. Thousands more of their number fluttered away individually, like confetti against an azure canvas. It was beyond what I anticipated, and assuredly, worth the climb to get to this thrilling viewing perch. As one of my fellow trip mates gushed, “I feel as if I am inside a snow globe!” 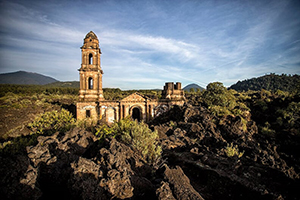 This was my second day on the butterfly trek. Day one, my small group had ventured to another viewing site, the Piedra Herrada Sanctuary. Both sites, along with three others, are located in protected land, part of a national biosphere preserve. The Mexican government has sanctioned almost 140,000 acres (in the states of Mexico and Michoacán) of forest for the butterflies, and the entire area is a UNESCO World Heritage site, as well. In Michoacán, there are two sanctuaries, and in the state of Mexico there are three; each refuge is home to many individual colonies of butterflies. However, not all are open to the public, and it is best to navigate a visit with a local guide.

I chose to make my trip with Marina in Mexico, the eponymous touring company of Marina Aguirre de Samaniego, an ardent “ambassador” for her country, effervescing with knowledge of the land, the people, and the butterflies—and armed with impressive academic credentials. Her company is nearly ten years old and offers a dozen or so different, intimate (limited to 16 people) journeys throughout Mexico. Most people who travel with her return repeatedly. “Wherever we went, Marina knew all the locals, even the mayor, so you share a very welcoming experience, and you also travel to places where you are the only tourists,” notes Santa Fe-based Anne Frej, a veteran of several trips. Frej, along with her husband, Bill, are seasoned and discerning global citizens, having lived overseas for nearly 30 years, while Bill was a diplomat. 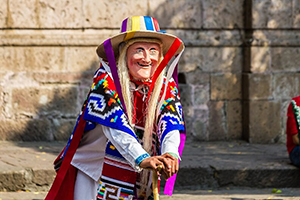 HAPPINESS IS A BUTTERFLY
Most assuredly, I would not have wanted to have taken this adventure alone. With Marina in charge, everything was arranged, and we were in expert hands, with a crackerjack driver, navigating narrow two-lane byways as well as uncharted backroads. Though the Piedra Herrada Sanctuary is interesting, the El Rosario Sanctuary is the more vibrant, more populated. To capture an “Instagram-worthy” photo, all you had to do was point your phone/camera to a branch or a flower and wait five seconds, and then one—or hundreds—of butterflies appear. The El Rosario Sanctuary is the more tourist-friendly, so it is the more crowded.

The climbs at both parks are not for the faint of heart; the 10,000-foot ascent is steep, with hairpin turns, sharp inclines, and dusty, unpaved pathways. Horses are also available, and Marina arranged for our four-legged transport. At El Rosario, a literal yellow-brick road lined with shops marks the way to the “launching pad” for the climb, which takes about an hour. The pot of gold at the end is the overwhelming sea of butterflies—everywhere you look.

In addition to the visits to the two sanctuaries, Marina’s butterfly trip (eight nights/nine days), also includes enriching outings to historical sites, architectural wonders, museums, and several Pueblos Mágicos, a designation bestowed by the government, acknowledging municipalities which are acclaimed for their natural beauty, cultural uniqueness, historical importance, or native crafts. After the first two nights in the town of Valle de Bravo (our base for the butterfly portion of the journey), our home base was in Morelia, a city of about one million and the capital of Michoacán. From there, we took daily jaunts around the region to places like Santa Clara del Cobre, a town renowned for its copper arts and Tzintzuntzan, home to an amazing archeological site featuring five yácatas or oval-shaped pyramids. But despite the splendor of all else we experienced, the monarchs remain the most memorable—a journey of a lifetime, for sure.

For more information on Marina in Mexico, visit marinainmexico.com; for Mexico, go tovisitmexico.com.