Removing The Guesswork Out Of Home Remodeling 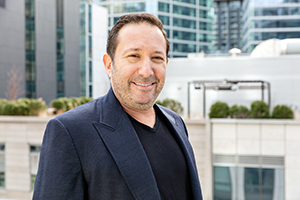 No matter how prestigious the building or address is, the odds are that the co-op, condo, or brownstone you’re buying needs work before moving day. Just how much work, of course, depends on the current condition and can run the gamut from almost anything like refinishing the floors and merely touching up the paint to installing new bathrooms and kitchens or even a top-to-bottom gut renovation.

Regardless of the project size and scope, however, one thing is a given: especially in a city like New York: home renovations seldom go as planned. With inflexible co-op board policies and often a lack of transparency among carpenters, electricians, plumbers, and other service providers, the all-too-frequent result can sometimes turn your dream home into a nightmare. And with grievances against home improvement contractors consistently ranked among the city’s Department of Consumer Affairs’ top five complaint categories, it underscores the need to do everything possible to find the right company to help minimize the risk. 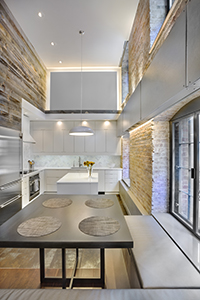 TO THE RESCUE
Fortunately, one company, Manhattan-based design/build firm Prime Renovations, has given contractor-leery homeowners reason for renewed hope by offering them peace of mind throughout every step of the process. It was founded a little over 15 years ago by Jeff Streich, a Commack, Long Island native, and a certified lead renovator from the EPA.

Integrating design, realistic costing, construction, and construction management, Prime’s specialty is residential projects primarily located in Manhattan. However, it also serves the Hamptons and Connecticut in addition to offering a variety of commercial capabilities. Among other things, this includes complete gut renovations, bathrooms, kitchens, buildouts, all flooring, skim coating, painting, plaster, sheetrock, custom millwork, moldings, design, and architectural services. “Our mission is to make renovations a great experience for our clients,” says Jeff, who personally oversees each project. “It’s a tough business, but we make it easy by personally overseeing every phase of it.”

THE CHANCE ENCOUNTER
While such meticulous attention to detail in the home improvement industry may be an increasingly rare commodity these days, this along with quality and integrity, are three things that Jeff never takes for granted. It was because of Jeff’s integrity—and a chance encounter with a stranger whose cell phone he’d found in a cab—that Prime Renovations was born in 2004.

The owner of the missing cell phone also happened to be in the real estate business, who owned 200 buildings throughout the city. Because of Jeff’s experience as a contractor and his honesty, the man decided to repay him by asking if he wanted to do some interior work in some of his buildings.

The rest, as they say, is history, and since then he hasn’t looked back. “Even though I’d never done any interior work before, it was an incredible opportunity, and I learned a lot,” Jeff recalls. “At the time, we were doing mostly bathrooms and kitchens in Brooklyn in rental buildings and getting them ready for new tenants. Then after that, we began doing a lot of work in Manhattan, and within my second year in business, we were working on roughly 15 apartments a month.” 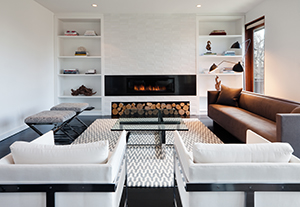 LEARNING EVERY DAY
Nearly two decades later, Jeff says, “our business has grown immensely since that fateful day” and estimates that nearly 95 percent of Prime’s customers come from word-of-mouth referrals. He underscores the fact that his goal has always been to expand incrementally.

In his spare time, Jeff, who lives on the Upper West Side with his wife, a 10-time Emmy Award-nominated television wardrobe stylist and their 12-year-old son, enjoys sports and cooking.