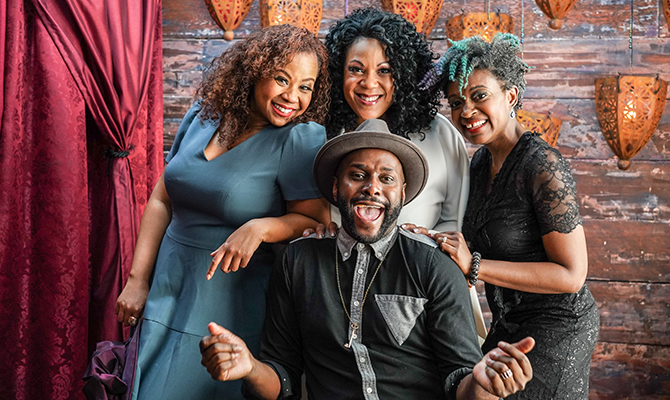 Looking for some good entertainment without sticker shock? Head to Queens Theatre to see Chicken and Biscuits, a new family comedy by award winning composer-playwright and actor Douglas Lyons (Beautiful). 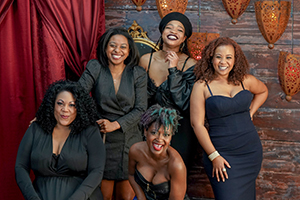 The all-star cast includes Jennifer Fouche (Chicago National Tour) as Baneatta, Robert G. McKay (When They See Us) as Reginald, Alana Raquel Bowers (What to Send Up When It Goes Down) as Simone, Ebony Marshall-Oliver (Ain’t No Mo) as Beverly, Josh Adam Ramos (Brideshead Obliterated) as Kenny, Brendan Ellis (Stupid F**king Bird) as Logan, Ashanti J’Aria (Disaster) as Brianna, and Aigner Mizzelle (Betty & The Belrays) as La’trice.

In Chicken and Biscuits, Baneatta and Beverly attempt to put their sisterly differences aside to bury their father, Bernard. All is well at the funeral until it’s revealed that Bernard had not just two daughters—but three. And so the truth emerges, leaving this African-American family to confront their skeletons head on—naturally with lots of love, shade, and prayer along the way.

The 2020 Queens Theatre production will be directed by Zhailon Levingston (Tina) in arrangement with EclayRossie Productions, Blue Vista 725, Akous Entertainment, and The Directors Company.