It’s The Best Ticket In Town

Are you missing the joy of live theater? Well, you’re in luck because BroadwayHD brings spectacular productions from Broadway, the West End, and beyond into your living room. Fans can expect to see Shakespeare’s full works, awe-inspiring performances from Cirque du Soleil, and a selection of the world’s greatest musicals.

BroadwayHD is the premier streaming service for theater lovers everywhere, available on all your favorite streaming devices, including AppleTV, Roku, and Amazon Firestick. When you head to BroadwayHD.com, you can sign up for a 7-day free trial.

Now, let’s check out some of our BroadwayHD favorites! 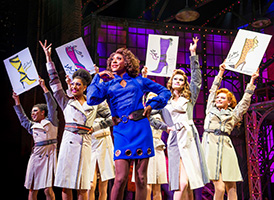 KINKY BOOTS
Inspired by true events, the Tony, Grammy, and Olivier-winning musical Kinky Boots tells the story of two people with nothing in common—or so they think. Charlie (played by Olivier Award nominee Killian Donnelly) is a factory owner struggling to save his family business. Lola (played by Matt Henry, who won an Olivier Award for the role) is a fabulous entertainer with a wildly exciting idea. With a little compassion and a lot of understanding, the unexpected pair learn to embrace their differences and create a line of sturdy stilettos, unlike any the world has ever seen! With music by the incomparable Cyndi Lauper, Kinky Boots is sure to raise you up! 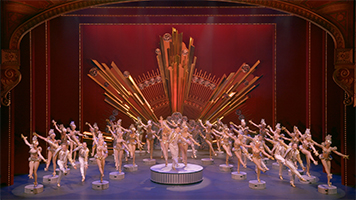 42nd STREET
Come and meet those dancing feet! BroadwayHD filmed this incredible West End production of 42nd Street specifically for the streaming service with the late, great theater producing and directing visionary Mark Bramble directing for the screen. With the largest cast on the West End (50 actors) tapping in unison, the show tells the story of famed theater director Julian Marsh who tries to mount a musical extravaganza at the height of the Great Depression with diva Dorothy Brock and fresh-faced chorus girl, Peggy Sawyer. 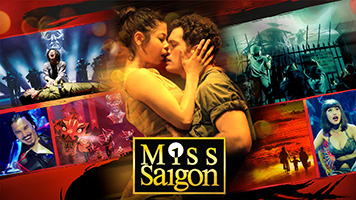 MISS SAIGON
Anniversary Gala Performance of this acclaimed new production of the global stage sensation was described as “the most thrilling, soaring and emotionally stirring musical with magnificent performances” by the Daily Telegraph and “the greatest musical of all time” by the Daily Mail. Starring Tony Award nominee Eva Noblezada, the epic love story tells the tragic tale of young bar girl Kim, orphaned by war, who falls in love with American GI Chris—but their lives are torn apart by the fall of Saigon. 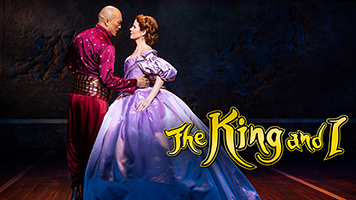 THE KING AND I
Set in 1860s Bangkok, this gorgeous musical tells the story of the unconventional and tempestuous relationship that develops between the King of Siam (played by Tony Award nominee Ken Watanabe) and Anna (played by Tony Award winner Kelli O’Hara), a British school teacher whom the modernist King, in an imperialistic world, brings to Siam to teach his many wives and children. With one of the finest scores ever written including: “Whistle a Happy Tune,” “Getting to Know You,” and “Shall We Dance,” and featuring a company of over 50 world-class performers, The King and I is a testament to the lavish heritage of gloriously romantic musical theatre. 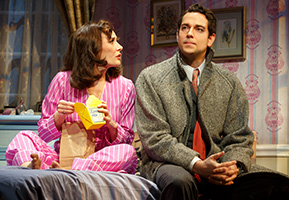 SHE LOVES ME
On June 30, 2016, She Loves Me was the first Broadway musical ever to be live-streamed to the entire world! With an incredible cast led by Zachary Levi, Laura Benanti, and Jane Krakowski, She Loves Me follows Amalia and Georg, two parfumerie clerks who aren’t quite the best of friends. Constantly bumping heads while on the job, the sparring coworkers can’t seem to find common ground. But little do they know the anonymous pen pals they have both been falling for happen to be each other! Will love blossom once their identities are finally revealed? 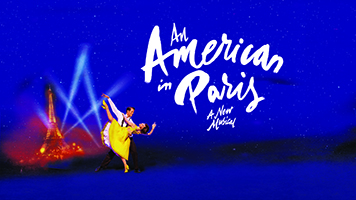 AN AMERICAN IN PARIS
This breathtakingly beautiful Tony Award musical, inspired by the Oscar winning MGM film, tells the impassioned story of discovering love in the City of Light. Featuring the gorgeous music and lyrics of George and Ira Gershwin (including the classic hits “’S Wonderful” and “I Got Rhythm”), stunning designs, and show-stopping choreography. Jerry Mulligan is an American GI striving to succeed as a painter in a city suddenly bursting with hope and possibility. Following a chance encounter with a beautiful young dancer named Lise, the streets of Paris become the backdrop to a sensuous, modern romance of art, friendship, and love in the aftermath of war. 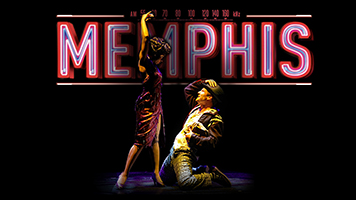 MEMPHIS
The 2010 Tony Award- winner for Best Musical, Memphis stars Tony Award nominees Montego Glover and Chad Kimball. From the underground dance clubs of 1950s Memphis, Tennessee, comes the Tony and Olivier Award-winning musical that bursts off the stage with explosive dancing, irresistible songs and a thrilling tale of fame and love. Inspired by actual events, Memphis is about a White radio DJ who wants to change the world and a Black club singer ready for her big break. Come along on their incredible journey to the ends of the airwave—filled with laughter, soaring emotion, and roof-raising rock ‘n’ roll. 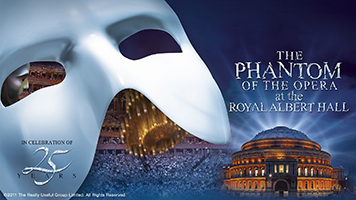 THE PHANTOM OF THE OPERA AT THE ROYAL ALBERT HALL
In celebration of the 25th Anniversary of Andrew Lloyd Webber’s The Phantom of the Opera, Cameron Mackintosh produced a unique, spectacular staging of the musical on a scale which had never been seen before. Inspired by the original staging by Hal Prince and Gillian Lynne, this lavish, fully-staged production set in the sumptuous Victorian splendor of London’s legendary Royal Albert Hall features a cast including Broadway favorites Ramin Karimloo as the Phantom and Sierra Boggess as Christine. An orchestra of over 200, plus some incredibly special guest appearances, complete the production.