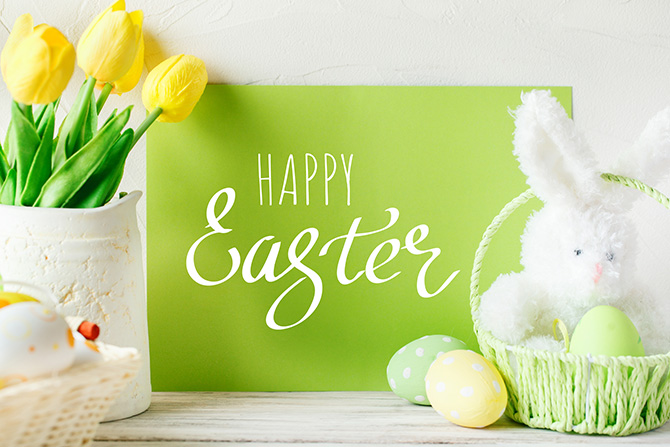 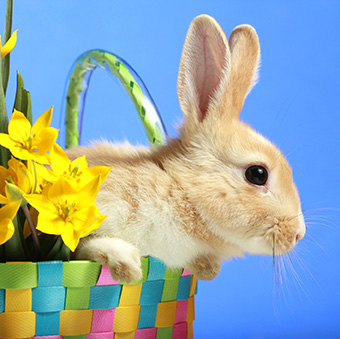 EASTER BUNNY
This mythical mammal’s origins are unclear, but rabbits—known to be prolific procreators—are an ancient symbol of fertility and new life. According to legend, the Easter Bunny first arrived in America in the 1700s with German immigrants who settled in Pennsylvania who transported their tradition of an egg-laying hare called “Oschter Haws.” The custom quickly spread across the U.S., and the fabled creature’s deliveries included chocolate in decorated baskets. 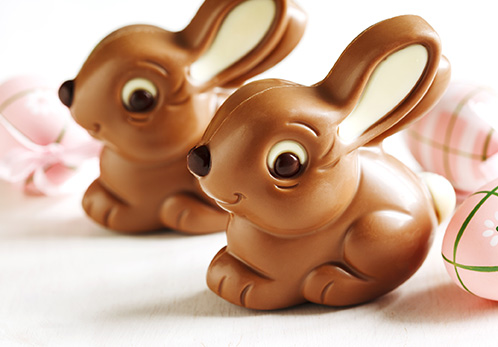 EASTER CANDY
After Halloween, Easter is the best-selling candy holiday in America. Exchanging chocolates and sweets during Easter gained popularity in Europe during the mid-19th century. Companies developed methods for mass-producing sweets and unveiled confections in fancy holiday shapes and packages, like Cadbury eggs.

Chocolate Bunnies Although it’s not known who created the first chocolate bunny, no doubt it was probably someone of German descent. In 19th-century Germany, pastry and sugar bunnies (some had hard-boiled eggs inside) were in mass production. Bunny-shaped tins, used for chocolate molds, have been traced back to Munich in the 1850s.

Chocolate Eggs Among the most popular sweet treats associated with this day are chocolate eggs, dating back to early 19th-century Europe. Eggs have been associated with Easter as a symbol of new life.. 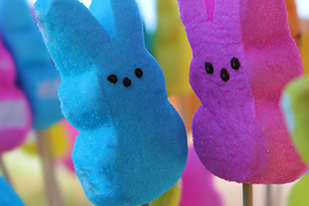 Jellybeans Another egg-shaped candy, the jellybean, became associated with Easter in the 1930s (although the jellybean’s origins reportedly date to a centuries-old sweet called Turkish Delight). According to National Confectioners Association, over 16 billion jellybeans are made in the U.S. each year for Easter.

Peeps Those sugary-sweet marshmallow candies were created in the 1950s by Sam Born, who founded the Just Born candy company. He set up a shop in Bethlehem, Pennsylvania, making these treats. It initially took 27 hours to create just one Peep, but luckily Born’s son began making the process more efficient—it now takes only six minutes! According to the maker, Peeps are available in various seasonal shapes and flavors, but Easter chicks remain the most popular. 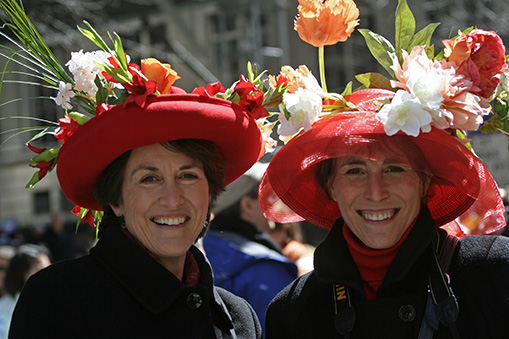 EASTER PARADE
New York City’s Easter Parade dates to the mid-1800s. During that time, the upper crust of society would attend Easter services at various Fifth Avenue churches stroll up and down later, showing off their new spring finery. Then, in 1948, the film Easter Parade was released, starring Fred Astaire and Judy Garland. With music by Irving Berlin, it was an instant hit. Since then, the parade lives on in Manhattan, with Fifth Avenue from 49th Street to 57th Street with parade-goers sporting elaborately decorated bonnets and hats. 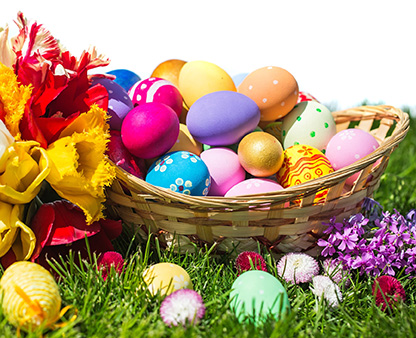 EASTER EGGS
Nothing says “Easter” like the incredible edible that’s been colored in pastel shades. However, our modern take on collecting, dyeing, and decorating eggs comes from a tradition dating back thousands of years. Many cultures, including the Greeks and Egyptians, saw eggs as a sign of fertility; they used them in religious rituals and hung them in pagan temples for mystical purposes.

EASTER BASKETS
Like the Easter Bunny, the practice of the Easter Basket likely began in Germany. Once children started to think the “Easter Hare” would leave goodies, they created small nests in their gardens where the bunny could place their treats. Another interpretation says that the basket tradition began much earlier with farmers in Middle Eastern cultures. They would reportedly bring seedlings in a basket to be blessed in hopes of having a bountiful harvest.