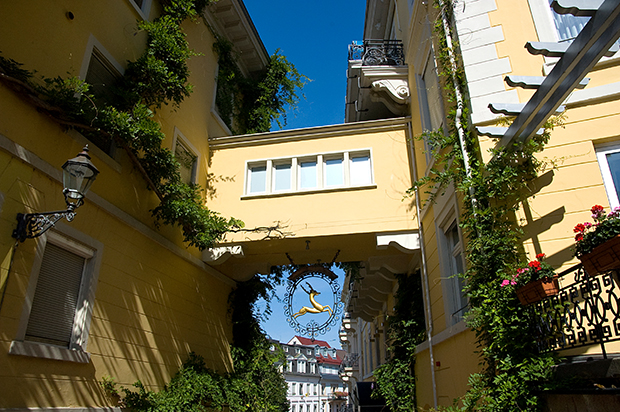 There are two countries in Europe that have, for some reason, had the aura of being unfriendly; France and Germany.

Nothing could be further from the truth. 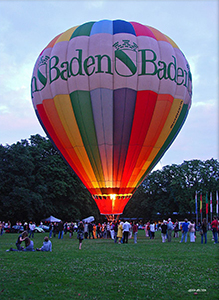 Are there people in those two countries who are not forthcoming with guests? Absolutely. But walk down Fifth Avenue and there’s a pretty good chance that you’ll find people who will go out of their way to be helpful and a handful who won’t even look up if you ask for directions.

Basically, what we’re saying is that no matter where in the world you may go, you’ll find a warm welcome and the odd individual who seems to drink vinegar instead of coffee in the morning.

Munich, Berlin and a few other urban areas are big cities much like big cities anywhere in the world. But once you get out into the countryside or smaller cities, you’ll find that the warmth exuded by the local population is as welcoming as could be.

Traveling by train, car or bus you’ll pass through quaint villages with homes decorated with murals on their exterior walls. Some have a winter’s worth of wood stacked up and ready to use. And while they are quite the same, at the same time they are each unique and different.

Baden Baden, sitting at the edge of the Black Forest, is a beautiful mix of the old and almost new. It’s “Old Town” is densely packed with quaint alleys and narrow streets. The Baroque-influenced architecture and many small jewelry and antique shops, galleries and cafes are a highlight of an easy walking tour.

One of the biggest attractions here is the annual rally and gathering of vintage automobiles. Cars that were luxurious a century ago are seen rolling down the narrow streets of the city. Jay Gatsby would feel right at home.

While some car owners prefer to slowly ride up and down the local streets to the admiring eyes of passers by, others can be seen tinkering under the hood (“Bonnet” over here) to make sure the ancient parts are still functioning.

There is the Gothic Stiftskirche that houses the tomb of Margrave Ludwig Wilhelm, who was known as Turkenlouis. He died in Baden Baden in 1707 and his tomb features a sandstone crucifix dating to 1467.

While many people come to Baden Baden for its famed spa, they stay for the flavor of the rest of the town. The city has been a destination for those seeking curative thermal spring waters since ancient Roman times. The city features a Museum of Ancient Bathing Culture.

The Roman baths have been here for more than 2,000 years, attesting the long-held belief in their prowess for healing. The springs bubble up from a depth that matches their age, coming to the surface from about 2,000 meters (6,560 feet). You can take a guided tour of the museum or simply take an audio-guide on your own, thus affording you the opportunity to view the ruins at your own pace.

Baden Baden is not only famous for its Roman baths, one of the most beautiful casinos in Europe is there to entertain and either separate guests from their money or send them home richer. The alabaster-white Kurhaus is a landmark for visitors and gamblers alike.

The casino dates back more than 250 years and has been fashioned along the lines of French royal palaces. It has been known as a “Temple to the alluring games of chance.” What was once in the not too distant past a social rendezvous for the rich, famous and nobles of Europe, today opens its doors to all of the city’s guests who would like to wager or just pass through and marvel at the beauty of the building.

Art here takes a back seat to no other locale. The city hosts the Frieder Burder Museum in Lichtentaler Allee that opened in 2004. It is considered one of the best collections of modern art in the world. The permanent collection includes works by Pablo Picasso amongst other masters.

Fabergé, the famed Russian jewelry designer whose elegant eggs grace some of the better collections throughout the world, is represented here with the Rothschild Egg, made in 1902 and having an estimated worth of more than €11 million (more than $12 million).

The museum also possesses the very last Fabergé Egg ever produced and the 1917 Karelian Birch Egg. The Karelian is unique because it is made of birch wood and gold and is encrusted with diamonds.

Johannes Brahms, the famed composer, spent his summers in Baden Baden from 1865 through 1874 in what is known today as Brahms House. The Blue Room in the house has been left precisely as it would have been while the legendary composer was living there. He wrote many of his compositions in the Blue Room. 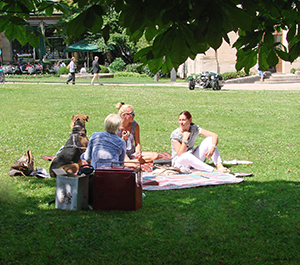 The adjacent Black Forest was named a national park just two years ago this month. It is the first and only one of its kind in the German state of Baden Wüttemburg. The city is a gateway to the park and is a perfect starting point for visitors looking for nature.

The Kurgarten (Spa Garden) is trendy and pretty much the hub of cultural life here. It’s surrounded by many of Baden Baden’s best cultural attractions. There are boutiques, galleries, cafes and restaurants. Pop festivals also draw the crowds.

The famed Kurhaus, Baden Baden’s oldest and best known resort, built between 1821-1824 in the style of a French chateau, draws guests today as it did more than two centuries ago. Visitors should also check out the Kurpark Gardens, the spa’s Trinkhalle (or Pump Room) and the Greek-Romanian Chapel built between 1863-1866 and containing tombs of local notables.

The lesson to be learned here is that visitors to Baden Baden-and any other destination, for that matter-should get up and leave their comfort zone. Wander around, talk to the locals and you’ll see how warm and welcoming they can be.

Stop in a local bierhaus (pub) and enjoy a mug of beer. You’ll see how quickly you become part of the local crowd.