Profit Or Not For Profit: That Is The Question 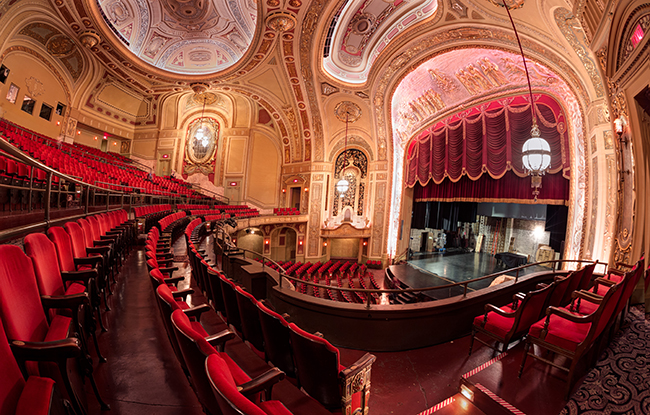 When we talk about theater, I suspect many people think about the glamorous musicals, plays, and events out there that win the hearts of the public and critics and end up running for years and making tons of money for the people who believed in them.

Theater is expensive and it takes a great deal of money to put a show on Broadway, or even Off-Broadway. It’s a risky business, but, luckily, people are still excited by the prospect of creating something new and exciting on stage at each and every performance.

So what is this concept of “not-for-profit” theater? What is the fun in not making a profit on shows that become successful on Broadway? Well, they actually can be fun.

When people speak of professional theater, they usually think of “Broadway” and then all of the rest. However, it is this distinction between professional commercial theater and professional not-for-profit theater that is most relevant and interesting.

Although this may not be obvious to the casual observer, about 25% of all new Broadway shows have started out in the not-for-profit arena. In fact, out of the forty Broadway theaters, five are owned and/or operated by not-for-profit theater organizations. You will find it interesting to note that, with the exception of Broadway, touring productions and some of the theaters in Las Vegas, almost every theater in the United States is not-for-profit.

Despite the fact that commercial theater accounts for such a small percentage of productions in the U.S., we tend to make the mistake of gauging the success and popularity by professional theater standards, especially Broadway. Although commercial theater is perhaps most in the public eye due to the press it gets, as well as the expense and grand scale of the productions, not-for-profit theater is actually considered the heart of the American theater. This is due to the fact that not-for-profit theater, because of how widespread it is, is most likely the main theater experience that most individuals will enjoy.

Commercial theater is usually formed as a partnership or company created to produce one particular show. It is its own company (usually an LLC) set up to take investments and operates in accordance with SEC rules and regulations. Operating agreements and subscription documents are created and distributed in order to accept investments and, most important, to note, “investors” (as opposed to “donors,” in a not-for-profit environment) have the potential to make a profit on these investments.

Not-for-profit theaters, on the other hand usually have a “not-for-profit” designation of 501(c)3, so any contributions/donations, are considered tax deductible. In most cases, it would go against the regulations for contributors to receive any type of profit as a result of the proceedings of the company.

Also, not-for-profit theaters usually plan a “season” in advance. This is a preplanned set of shows that the theater decides to produce and this is advertised up front. The reason for the advance promotion (even when many times the details of the productions have not been yet determined) is so the theaters may sell “subscriptions” ahead of time. This allows supporters of the theater to purchase tickets to some or all of the shows in advance, which allows the theater to use the proceeds for the upcoming productions.

This is the opposite of a commercial theater where, instead, money to produce the show is raised in the form of “investments” (rather than donations or season subscriptions). When a show is successful in a commercial theater, the investors are paid back their money and continue to earn profits (once the original investment has been repaid) until the show finally closes. In the case of a long-running hit show like Phantom Of The Opera or Wicked, the investors can make quite a large profit. In a “not-for-profit,” however, a show runs for a predetermined period of time and then closes so the next show in the season can begin performances. Sometimes they are able to extend a show, if they have scheduled carefully. However, the proceeds go to the theater company itself (rather than to investors) which enables them to use the money for future shows and even capital expenditures such as renovations to the theater (if one is owned) or even development of new shows to come. Many not-for-profit theaters also have outreach and educational programs, so proceeds from shows they do (in excess of the running costs) can also be used to fund such endeavors.

Interestingly, not-for-profit theaters only receive about 40 to 60 percent of their operating expenses from the box office ticket sales. Most of these theater companies receive donations and endowments from companies and individual benefactors in exchange for a tax deduction.

In New York City, there are many wonderful theater companies that you may or may not be aware of because, to the casual observer, the theaters are in the Broadway district and look like all of the others.

The Roundabout Theatre Company is one of the most popular not-for-profit theater companies in New York City. They actually have two Broadway theaters where they put their productions (in addition to several other non-Broadway spaces). The American Airlines Theater is on 42nd Street, right in the middle of the action and is a great theater for musicals and plays alike. It is also one of the most newly renovated theaters and boasts new seating and a beautiful lobby. The Roundabout also owns Studio 54 (on 54th Street…duh). I love the story of how they acquired this theater. Back in the late 90s, when The Roundabout was presenting its wonderful Tony Award-winning production of Cabaret (the first time), it was in a space they called “The Kit Kat Club.” Unfortunately, bricks began falling off of the building and were conking passersby on the head. As a result, the production needed to be closed right in the middle of its heyday. After some quick thinking, The Roundabout Theatre Company acquired Studio 54, fixed it up to hold Cabaret, reopened it there, and the rest is history. Since then, Studio 54 was purchased by The Roundabout and it is the home to some of its productions each season. All of the history that it holds makes it serve as the perfect place for theater pieces new and old, traditional and edgy, musicals and plays.

One other not-for-profit theater company that owns a Broadway theater is The Manhattan Theatre Club. The Friedman Theatre on 47th Street (formerly “The Biltmore”) is owned by them and also has been renovated for comfort.

One cannot forget that Lincoln Center’s Vivian Beaumont Theatre is the Broadway sanctioned theater which has presented such Tony-winning shows as South Pacific, War Horse, and the current The King and I. Fun fact… if you want to be a subscriber of Lincoln Center, there is usually a waiting list backed up for several years. While most other theater companies are spending incredible amounts of money in outreach and development, leave it to Lincoln Center to always present wonderful, top-notch artistic shows and have all of the support they could ever want. If you want to be on their waiting list, just visit their website and you can sign up (www.lincolncenter.org)!

What’s really important to take away from this article is that there are many wonderful not-for-profit theaters that do incredible work around the city. Many times shows that begin there end up transferring for a run on Broadway by commercial producers (allowing the not-for-profit to take in royalties from the commercial run even though the run becomes a traditional commercial one where investors can make profits).

The most recent success story is Hamilton, which began at The Public Theatre downtown this past year. We also have amazing theaters in the city like Second Stage, Primary Stages, Playwrights Horizons, and the two theaters of which I’m on the Board of Directors, The York Theatre Company and The New York Theatre Barn. The York is where I presented two shows (Thrill Me: The Leopold & Loeb Story and Yank! – A World War II Love Story) and it’s incredibly special to me as they have been around for decades and specialize in only new musicals. They have a wonderful outreach program and educational programs, as well. Check them out at www.yorktheatre.org. And the NYTB (“The Barn,” as we like to call it) gives new writers a place to have their work seen and heard. Please be sure to check them out also at www.nytheatrebarn.org.

I hope this article gave you a little bit more insight into some of the workings of theater. I highly suggest that you check in with some of these local theater groups and see how you can help! That can include anything from volunteering your time, making a donation, supporting their fundraising efforts, or buying a subscription to their season! Whatever you do, I think it will be extremely appreciated as they work super hard (sometimes without financial reward at all) in order to bring theater to our communities.

Please join me in wishing them, along with yourselves, a hearty “Break a leg!”

Jim Kierstead
Kierstead Productions, Inc.
Producer
kiersteadprod@gmail.com
Kinky Boots
On Broadway at The Al Hirschfeld Theatre, on tour, in London, and in Toronto
Winner of 6 Tony Awards including Best Musical
Past projects: Pippin, You Can’t Take It With You, The Visit, Side Show, It Shoulda Been You, Rocky, The Glass Menagerie; Notable investments:
Something Rotten, Matilda.