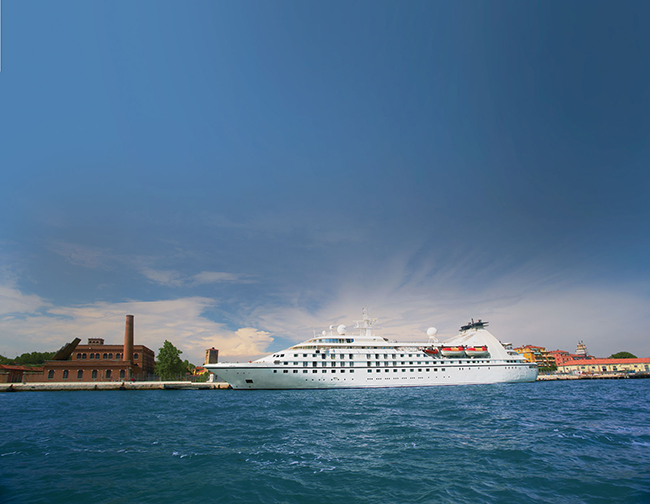 By Nava and Michael Raviv

We were invited to lunch at the Gambino Winery, a sprawling mountainside estate nestled at about 2400 ft. above sea level. The scenery is reminiscent of the Godfather movie, which was filmed in the area, and as we sample our first wine, musicians play the movie’s signature tunes. 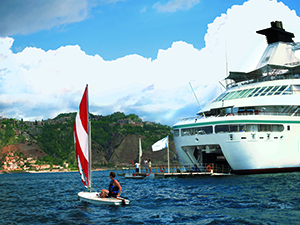 This is a private event, Taste of Sicily, a complimentary experience that Windstar Cruises offers its passengers.

We are cruising with the MV Star Pride on a nine-day sail, Classic Italy & Dalmatian Coast, from Venice to Rome with stops in Rovinj, Split and Dubrovnik in Croatia, Kotor in Montenegro, and Messina and Capri, in Italy.

Windstar Cruises, well known for its luxurious sailing ships, has expanded its fleet by adding three motor yachts, offering new experiences and destinations. The MV Star Pride, previously the Seaborn Pride, was recently refurbished and is now one of the new additions to the fleet.

The ship has 108 outside suites and carries only 212 passengers and 140 crew. Our oversized suite has floor-to-ceiling French doors and is decorated with soothing colors and blonde woods. It features a sitting area with a sofa and two chaises and a sleeping area with a king size bed. A spacious walk-in closet and a large bathroom with a double vanity and soaking tub complete the suite. Amenities include Egyptian cotton linens, overstuffed down pillows, flat screen TVs, Bose SoundDock speakers, robes, slippers and fine L’Occitane toiletries.

LIFE ON BOARD
Life aboard moves at an easy tempo, a quiet routine punctuated by stops in ports of call.

If you are an early riser start your day with a light breakfast or just a croissant and a frothy cappuccino at the Yacht Club, a glass enclosed lounge at the front of the ship. On sunny days you can unwind on a plush chair on the sun deck, soak in the whirlpools or cool down in the refreshing seawater pool.

During calm seas, the back of the ship opens into a marina and you can partake in complimentary sports such as water skiing, canoeing, kayaking and sailing.You can also indulge at the spa, work out in the fitness center, catch up with the outside world in the computer room, or pick up a book at the library.

At dusk, join your fellow guests at the Star Bar, on the upper deck, and toast fiery sunsets while listening to the lively tunes of the resident band. The Show Lounge is the hub of several events such as the captain’s welcome party, port talks, cooking demonstrations and shows by local performers.

At night the action moves to the Compass Rose, where you can try your luck at the small casino or dance into the wee hours.

This cruise, typical of Windstar, caters to younger, active passengers, some parents with teenage kids and multi-generational families. The atmosphere on board is friendly and yacht-like with a relaxed, casual-elegant dress code. The staff, mostly from Malaysia and Indonesia, is welcoming and accommodating, always smiling and ready to serve.

Dining
Dining is a major component of every cruising experience and the Star Pride delivers quality and many choices. Breakfast and lunch are served buffet style in the Veranda, the indoor and outdoor restaurant. At night, the Veranda becomes a specialty restaurant, Candles, offering romantic dinning under the stars (reservations required). Dinner is served a la carte, open seating style, in AmphorA, the ship’s elegant dining room. The cuisine is international and eclectic with multiple selections of creative and beautifully presented dishes. You can always order standard staples such as grilled salmon and steaks.

All alcoholic drinks and wines on board are not part of the fare and are paid separately.

The food is prepared daily from scratch, including baked breads, croissants and pastries, as well as fresh fish and seafood and other items picked up by the chefs in local markets along the way. Other ingredients are sourced from top purveyors from all over the world including certified Angus beef from the U.S., lamb chops from New Zealand, and lobster from Canada.

If you wish to dine in your suite, room service is always available, and during dinner time, you can order from the dining room menu. One of the dining highlights is barbecue night when the decks are transformed into a white tablecloth, open-air restaurant. The generous spread features salads, side dishes, paella, hot entrés, as well as charcoal grilled steaks, baby back ribs and lobster in the shell.

The ports visited are: 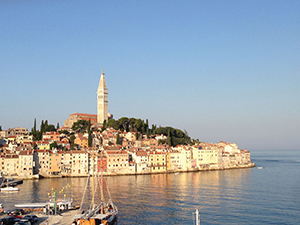 Rovinj
Rovinj, Croatia, is a medieval city clinging to a hillside that rises from the Adriatic Sea. The town’s narrow and winding alleys climb to the Cathedral of St. Euphemia, an impressive edifice that dominates the skyline. The cathedral houses the tomb of Rovinj‘s saint protector, Euphemia, an early-Christian girl martyred by the Romans.

Split
Split is the second largest city in Croatia, the heart of the Dalmatian coast. The town’s highlight is the Diocletian’s palace, a walled Roman compound inside the medieval part of Split. The remains of the once prominent fortress are now home to quaint boutiques, cafés and restaurants.

Dubrovnik
Dubrovnik is Croatia’s “Adriatic pearl,” a popular port of call, famous for its fortified wall that encircles the medieval city. Visitors can walk atop the wall and take in the sweeping views of the sea and the red-roof houses in the city below. The marble-paved narrow alleys are lined with stores, eclectic boutiques and restaurants.

Kotor
Kotor, in Montenegro, is located on a picturesque, fiord-like long bay enclosed by soaring limestone cliffs. It is considered by many as Europe’s best preserved Medieval and Renaissance eras city. Its massive protective walls climb high into the mountainside rewarding those who take the arduous uphill trek with panoramic views of the bay and the enclosed town. 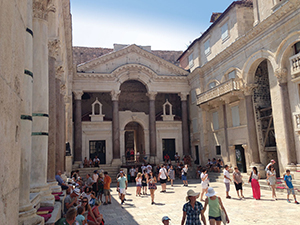 Messina
Messina is the gateway port to Sicily. The day is dedicated to the cruiseline special event, lunch at the Gambino Winery. The lunch features typical Italian fare of cold cuts, cheeses and pasta, complemented by the winery’s selected vintages. Messina is also the access point to Taormina, an enchanting town perched high above the Mediterranean Sea. Taormina is also home to a Roman theater, built during the first and third centuries AD, and hosting performances to this day.

Capri
Capri, an island off Italy’s coast, is home to the legendary Blue Grotto, the magical cave famous for its mesmerizing deep-blue waters. Capri has three main centers, the Marina area, the town of Capri mid-mountain, and AnaCapri, a small town perched high up and accessible via a hairpin road with breathtaking views of the sea, Mt. Vesuvius, Sorrento and mainland Italy. Capri and the Marina area feature eclectic stores ranging from top international designers to small independent boutiques.

The cruise ends in the port of Civitavecchia located about an hour from Rome.
www.windstarcruises.com