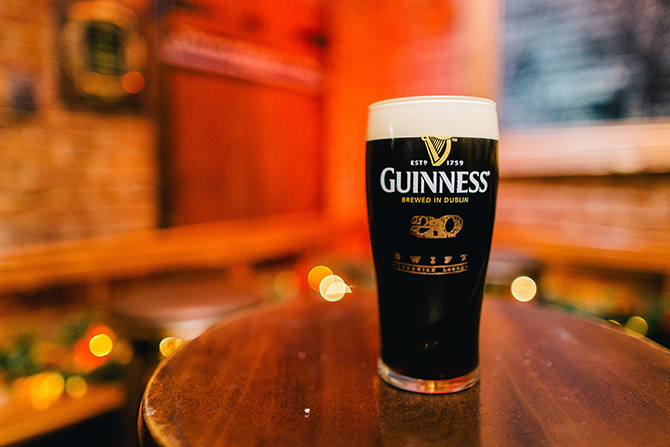 Happy St. Patrick’s Day! Even if you do not have Irish roots, the odds are that you will find yourself reveling on March 17th. While New York is not short on great spots to grab a pint of Guinness, it can be somewhat difficult to pick a pub that has not only fantastic offerings at the bar but also delicious offerings from the kitchen. To help you with your 2018 St. Patrick’s Day planning, I spoke with representatives from five great Irish pubs and restaurants in Manhattan. 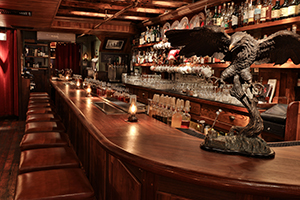 THE DEAD RABBIT
Having been ranked in the #1 spot bar by Drinks International Magazine, this place has been the go-to drinking spot in the Financial District for both locals and tourists alike. “At The Dead Rabbit, we always team up with the best whiskey producers in Ireland, the best Irish musicians and focus on celebrating our qualities as opposed to other operators focusing on their quantities,” said co-owner Jack McGarry. “It’s very culturally important for us.”

As for what to expect from The Dead Rabbit this March 17th, think tradition. “For us, St. Patrick’s Day is about celebrating everything great about Ireland, our hospitality, our inclusivity and our products. In Ireland, it’s much more of a family and friends affair,” explained McGarry, who noted that his favorite item on the menu is the Irish Coffee. As for what else is coming up for the acclaimed pub: “Lots…2018 is going to be a busy year for us. We’re expanding, opening up at 32 Water Street in a few months, which will almost double our square footage. Our own Dead Rabbit Irish Whiskey launches this month, and our second book is out soon. A third book An Irish Whiskey Lovers Guide to Ireland is due 2019.” As if that weren’t enough, McGarry continued, “We’re also building an events space for our second bar BlackTail, as well as an outside area in time for summer.” Info: deadrabbitnyc.com. 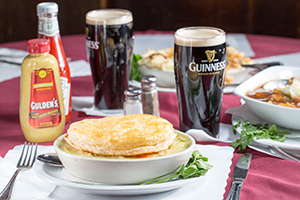 MOLLY’S PUB & RESTAURANT SHEBEEN
Known to refer to itself as “the most authentic Irish bar in New York City,” Molly’s was founded in 1960. With a log-burning fireplace and sawdust on the floor, it’s renowned for its Shepherd’s Pie, Hamburgers, and Steaks—all for reasonable prices. Its original bar, as constructed from both wood and Honduran mahogany, is still intact all these years.

Co-owner Peter O’Connell considers Molly’s to be a “destination pub.” He explained: “We are a conversation pub and do not do any special events or promotions.” In spite of treating St. Patrick’s Day like just another day at work, O’Connell expects a “full house” on the 17th and recommends all to try their “award-winning 10-oz. burger.” Info: mollysshebeennyc.com. 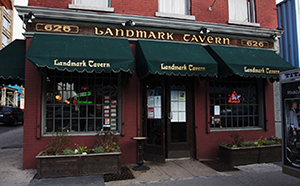 THE LANDMARK TAVERN
Patrick Henry Carley opened the Landmark Tavern, an Irish waterfront saloon, in 1868; there was no 12th Avenue back then. A family establishment and then some, the Carleys raised their children upstairs on the second and third floors of the building. One of the oldest continually operating establishments in New York, The Landmark Tavern is especially known for its classic Old World charm.

SWIFT HIBERNIAN LOUNGE
Established in 1995 by Danny McDonald and Mike Jewell—and later joined by Anthony Malone—Swift Hibernian Lounge is a low-key bar known for offering one of the finest selections of beer and Irish whiskey in New York. Named to the “Best Bars in America” list from Esquire last year, Swift also has oysters and sliders beyond its whiskey and pints. Further notable about the establishment is that it does not have a television, keeping the focus on the hospitality and overall atmosphere.

While Swift’s menu for St. Patrick’s Day had not yet been decided as of press time, general manager Simon expects a fun crowd. “Last year was one of our busiest days in 22 years of business, so here’s hopeful for a repeat.” He added, “As it’s a Saturday this year we’re expecting to be busy all weekend.” As per what else is coming up, Simon noted, “Every year after St. Patrick’s we do a literary brunch, which is usually hosted by Colum McCann. It’s a nice alternative to the madness of the big day. We ask people to come in and read from their favorite Irish authors.” Info: swiftnycbar.com. 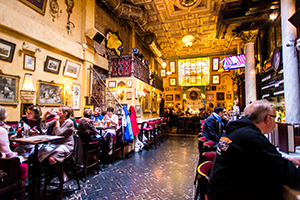 LILLIE’S VICTORIAN ESTABLISHMENT
Noted to “celebrate friendship the old fashioned way,” Lillie’s Victorian Establishment has locations in Times Square and Union Square. Named for British actress Lillie Langtry, Lillie’s was named “the best-decorated restaurant in NYC” by Buzzfeed in 2016. As co-owner Tommy Burke explained, “We’re proud to honor her legacy and wanted to create an establishment that combines ostentatious décor with a down-to-earth ambiance. We want all of our bars to celebrate these legendary pioneers and create destinations that welcome all.”

St. Patrick’s Day holds a lot of significance to both Burke and co-owner Frank McCole. “Coming from County Mayo and County Monaghan, St. Patrick’s Day is a national holiday at home, but celebrating the Feast of Saint Patrick in New York City has become a memorable tradition for us.” He continued to tell us “our guests can kick back with a pint of Guinness. We will have special menus for St. Patrick’s Day with Irish classic comfort dishes.” Burke added that there is plenty more to be excited about from Lillie’s after March. “We have a new afternoon tea time at Lillie’s Times Square from Mondays to Fridays between 11 AM to 4 PM, featuring a classic tea selection, tea-infused cocktails, savory sandwiches, and sweets. It’s a great afternoon treat, especially for the Broadway and theatergoers during the week.” Info: lilliesnyc.com.

Not all of these beautiful establishments require a reservation but do yourself a favor and research whether one may be preferable for your chosen locale. Where will you be celebrating?

Darren Paltrowitz is a New York resident (and Long Island native) with over 15 years of entertainment industry experience. Darren’s writing has appeared in dozens of outlets including the Inquisitr, The Daily Meal, The Hype Magazine, All Music Guide, Downtown Magazine, Guitar World, TheStreet.com, Format Magazine, Businessweek, The Improper, the L.A. Times, and the Jewish Journal. 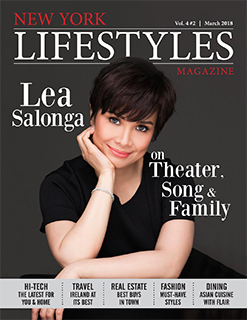 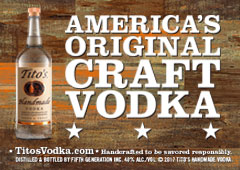