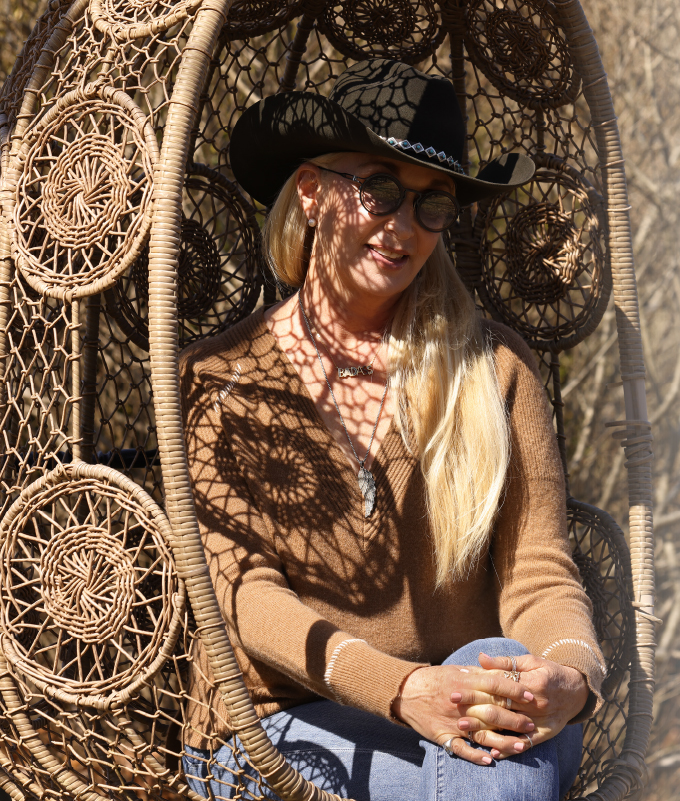 For Manda Kalimian—author, environmental and animal advocate, founder & CEO of CANA Foundation—wild horses that roam America’s West are endangered, as are our lands. What saddens her is that these creatures that are very much native to American soil not only have every right to graze on these lands but can be a critical component in the fight against global warming and climate change.

Unfortunately, the ongoing mismanagement of public lands will ultimately lead to their eradication. Kalimian contends that for the American people and horse lovers, young and old, it means wild horses have been miscategorized as an invasive species to serve a specific agenda.

Those findings, documented in innovative scientific studies, are among the revelations that Kalimian, who oversees her Long Island nonprofit environmental rewilding organization, makes in her book, Born To Rewild: Triumphs of a Now Fearless Woman, published late last year. Her goal is to stop federally funded roundups of wild horses—often sold for slaughter—and re-appropriate for environmental rewilding projects with wild horses as herbivores to impact our planet positively. Describing why she authored the book, she recently said, “That was my way of reaching out to the American people to say, ‘Do you want your taxes spent this way?’” The government is destroying our environment and our wild horses along with it. The American people don’t even know that $120 million of their tax dollars is being spent this way.

This year alone, it is anticipated the U.S. Bureau of Land Management (BLM) will round up more than 22,000 wild horses and burros to be held at government holding facilities at the cost of $120 million so far. In 2022, only 86,000 wild horses roam rangelands in ten Western states, including California, Nevada, Arizona, Utah, and Oregon, according to the BLM, while there are over 248 million acres of public land available. The BLM, which oversees herd management areas, has been engaged in the cruel practice of chasing down wild horse families with helicopters for the past two decades.

Kalimian spoke with New York Lifestyles Magazine about the advocacy, why the public needs to get involved, and what she sees for the future of the wild horses and the lands they call home.

We’d like to know more about your years growing up. Did you have a love of horses even then?

I was born and raised on Long Island, where I was lucky enough to have exposure at an early age and live near horses. Since my first pony ride when I was three years old, I was hooked and quickly became a lifelong rider. Thirty years later, after two horse farms, several rescues, and launching a nonprofit dedicated to rewilding, it’s become my lifelong journey to save these wild horses. They are a native species to our lands and have a right to live here. But their population is depleting at an alarming rate due to slaughter and mismanagement of public lands lobbied by powerful special interest groups. In addition, these wild horses play a critical role as keystone species in the fight against climate change. They maintain, protect, and help rebuild environmental systems, including grasslands, thus allowing other species to thrive alongside them—all working to keep nature in balance and building biodiversity.

Tell us more about the CANA Foundation’s mission and how it started.

Our mission at CANA Foundation is dedicated to rewilding horses, a form of environmental conservation and ecological restoration with species native to an area. We work with science-backed scholars and published research to create rewilding initiatives for wild horses and environments. More than 15 years ago, after learning about horses being slaughtered in Canada and Mexico, it was at that moment I knew I had to do something. However, once I began my journey, I realized it wasn’t about saving horses—the mission was more significant than that. The horses brought to light the environmental injustices in our country and why understanding that our wild horses are an integral component of the natural system is critical in preserving and maintaining our land and grassland ecology. Wild horses are mega-herbivores (plant eaters) that weigh more than 1,000 pounds, create opportunities for other species and plants to play their roles in nature, and help to mitigate carbon. 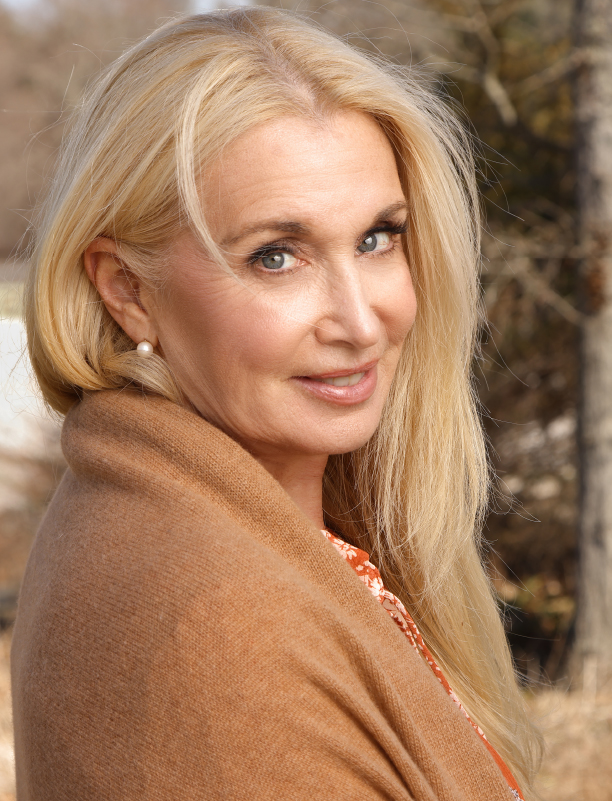 Not too many people are familiar with the word “rewilding.” What does it mean to you?

Rewilding is to bring something back to its original state of being.

What inspired you to write Born To Rewild?

After years of working to bring awareness to the plight of our wild horses and environmental injustices to local communities and elected officials in New York, Washington D.C., and beyond, the best way to reach a larger audience is to put myself out there and share my life and journey. I hope it helps shine a light to realize that we are all affected by what is happening to the horses and lands.

What are you hoping that readers take away after reading your book?

First, we all have a purpose on a personal level. Every single one of us. We all are a part of the big picture—no matter where we are in life—and can play a critical role with issues that resonate with us. It’s never too late. Secondly, we should better understand the value and importance of the environment in our everyday lives. Not only for ourselves but for future generations. Will our grandchildren learn about the wild horses only in books? It is up to us at this critical moment in time.

Since founding CANA, have there been any successful initiatives to help wild horses?

Over the past two decades, our work at CANA has been laser-focused, and we are proud to have raised awareness of issues surrounding our wild horses and environmental destruction. As a result, we led notable change in Washington D.C., including the effectuation of rewilding language for managing America’s wild horses in the FY2020 Interiors Appropriations budget bill. I was also honored to speak about rewilding and the plight of our wild horses at Cambridge University at the Cambridge Conservation Forum in the U.K. in 2019. In addition, I became a founding member of the Institute of Politics and Global Affairs at Cornell. This summer, we are gathering environmental biologists from the U.S. and Europe in Washington D.C., along with our scientific advisory board, opening the conversation with legislative decision-makers.

What was the significance of getting the rewilding language into the government’s lexicon?

It was the first-time rewilding had ever been written into U.S. legislation. The language is documented in perpetuity and plays a significant part in the work we’re doing moving forward at CANA Foundation.

Are you optimistic that the situation will eventually change with the Biden administration?

I always try to be optimistic under any set of circumstances. Fighting for change can be a constant uphill battle, no matter the administration. We must work in a bipartisan manner through science-backed research to effectuate the change. 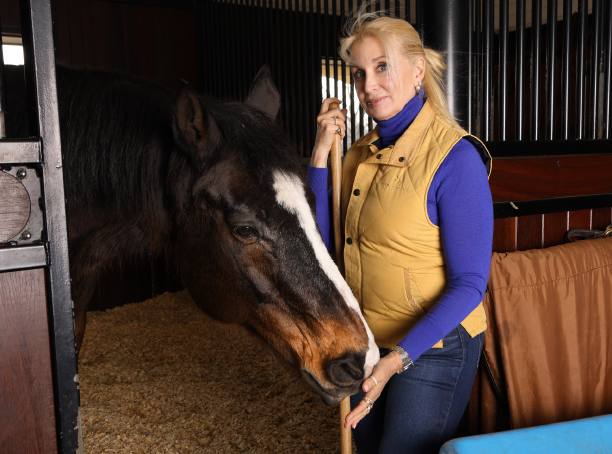 It has been determined that horses are a North American native species, despite claims to the contrary. If this is the case, then why the government roadblocks?

The government, unfortunately, has been mismanaging and using the public rangelands as if it’s their own to the benefit of extraordinarily powerful special interest groups, including cattle, ranching, oil, fracking, and mining. There is no tangible benefit to the American people and no regard for the land and its native species. It’s a reckless abandonment of our natural environment.

It’s also been determined that the greatest threat to wild horses is not BLM or ranchers. It’s climate change. Why do you think this is?

Climate change is indeed the greatest threat to all of us. We are all watching as our world continues to dry out and burn up with furnace-like temperatures, rising waters, floods, and massive droughts. The ranchers won’t have land to graze their cattle on if climate change and the “desert-i-fication” of our planet continue to accelerate. However, there is still time to do what must be done to slow the effects of climate breakdown. As published by science-backed research, rewilding as a practice will help to combat global warming and allow our fragile ecosystem to heal. The horses can help with this!

Tell us more about your Long Island farm. We heard that it’s genuinely natural, with no pesticides ever allowed. You’ve let Mother Nature take control.

Mother Nature is always in control, and we are simply the stewards for a moment in time. The farm is a 16-acre rewilding space with all native species of flora, an apiary, and a pollinator path—all revolving around our horses properly grazing our lands here. We also produce our organic honey, which is available on CANA Foundation’s website with all proceeds going to the organization’s mission. 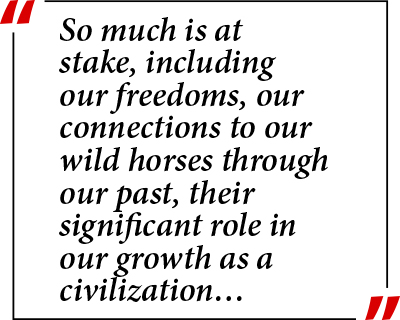 What do you see for the future of wild horses and your goals at CANA?

The future of our wild horses is tenuous, and our government is doing its best to make wild horses a species of the past. We cannot let that happen. So much is at stake, including our freedoms, our connections to our wild horses through our past, their significant role in our growth as a civilization, and their value as an integral part of the natural system. Who will we be as Americans without wild horses on our lands running free?

For more information on Manda Kalimian and the CANA Foundation, visit canafoundation.org 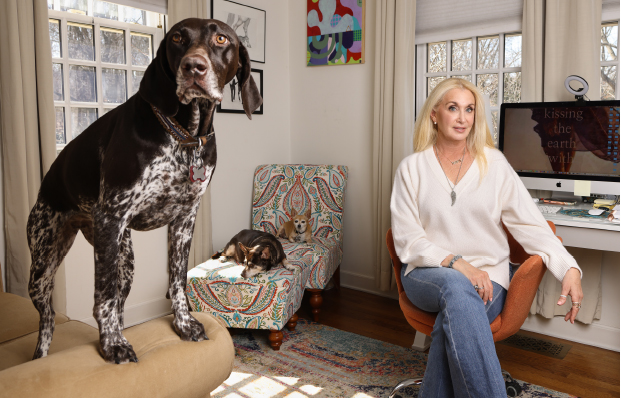 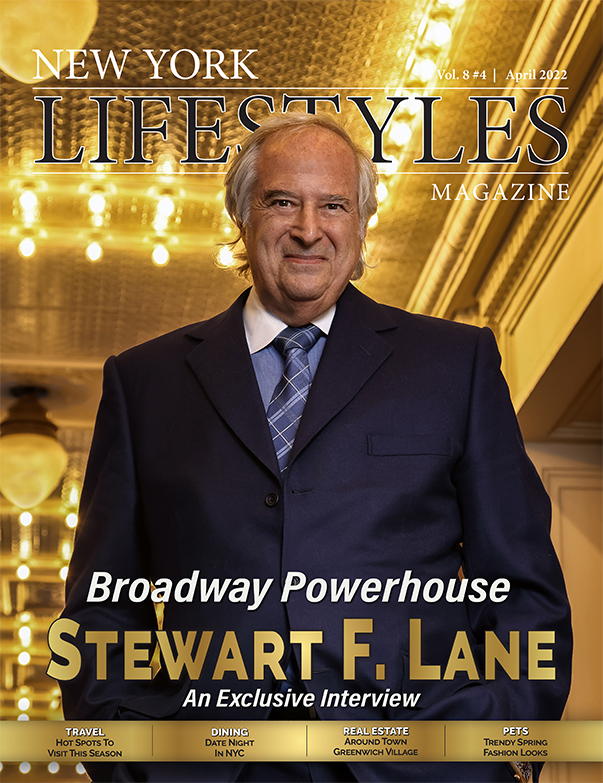 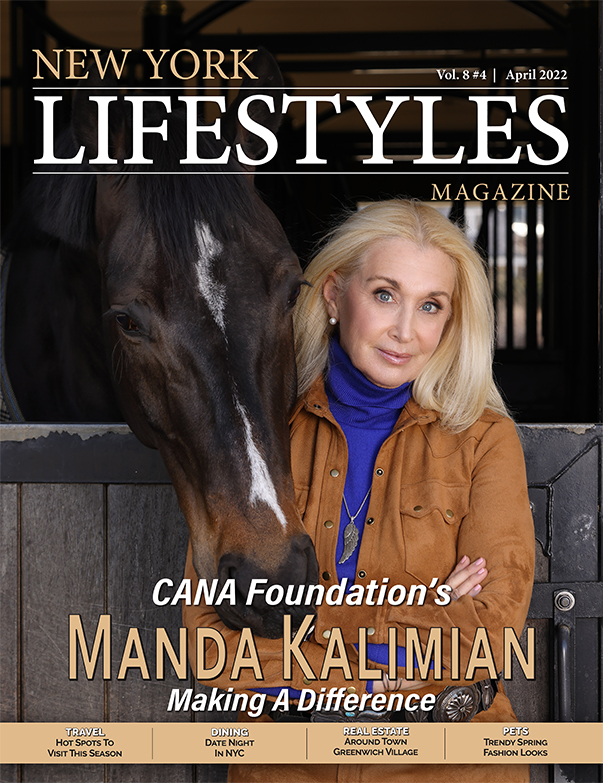