“I have no intention of ever retiring; I am so good at this,” exclaims Harriet Newman Cohen. As a successful New York attorney with more than four decades of experience in high-profile family law cases, Cohen has earned the right to more than a bit of bravado.

Over four decades ago, when Cohen began practicing, attorneys were primarily male, and family law was uncharted territory. “Back then, New York was a title state, and there was no such thing as equitable distribution or no-fault divorce,” says Cohen. “It was the days of putting a detective on the case to prove charges such as adultery. But I hit the ground running in law because my boss was the mother of equitable distribution, and I sat next to her and helped her write what would become the law, which was in 1980. As the law changed, I was an expert, and I found myself immediately in demand because I knew the law. I was in the right place at the right time, and my career took off.”

New York Lifestyles sat down with Consuelo Vanderbilt Costin to discuss SohoMuse, the legacy of her family name, and what the future holds for Consuelo and SohoMuse.

SUDDEN RISE
It was a meteoric rise, and within five years, Cohen would open a practice that attracted big names and would earn an impeccable reputation. Then with the launch of Court TV in 1990, she soon found herself a frequent guest, often on a moment’s notice, to impart perspective and knowledge of the law. Among the most famous cases for which Cohen became a regular news contributor was that of O.J. Simpson, and despite being a matrimonial attorney, the network valued her astute contributions and insight.

The rich and famous have continued to seek Cohen’s services because of word of mouth, but also because she expertly guides them through all aspects of divorce, including how to manage the inevitable press. “Your first responsibility is to your client. If your client is a celebrity, that person wants a certain amount of privacy, not total privacy. They want the headlines, but often they want to tailor them to how they want the headlines to read. So, it would be best if you balanced the need for privacy and headlines simultaneously; it doesn’t have to be ugly.

A high point for me was when I represented Howard Stern’s wife, Alice, and Howard said that the only attorney he liked was his wife’s attorney. He said that on the radio! I also enjoyed representing Governor Cuomo, and together we negotiated an excellent agreement. He is an excellent father, and his priority was making sure that his relationship with his daughters did not suffer, which it did not.” 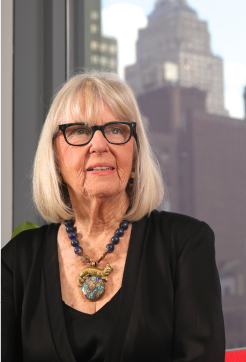 COMMON RESPECT
Cohen sees the humanity in her clients and has respect for their well-being. She says, “When a client comes to disclose their story, here is a new challenge for me. I take all my problem-solving techniques and abilities, and I know what I must do in this case and how to get it sorted out, perhaps even tried. I know where I am going with this case and thank God that this person found me because they will be OK now.

I was married to a doctor, a fine internist, who cared very much for his patients, and I feel much like a doctor in that someone has placed their life in my hands, and I make them better. To think that I have that privilege is a great responsibility. I always say to clients, ‘you don’t want to be in a marriage with someone who doesn’t love you or respect you; you deserve better than that.’ I can help the client find their better self, which is powerful.