How Shutdown Became The Mother Of Invention

In March 2020, Dr. Julius Few closed the door on his clinical space and joined most of the country in COVID-19 quarantine. “It was especially stressful because we were told we had to shut down for six weeks, maybe longer,” he recalls. “Then I realized, here was an opportunity to slow down and reflect.”

A board-certified plastic surgeon and a prolific navigator of dermatologic research and aesthetics, Few cut short pondering in favor of process, specifically the merging of the anti-aging properties of retinol and the anti-inflammatory benefits of Cannabidiol (CBD). It was a first-of-its-kind approach that would prove effective not only on wrinkles and fine lines but on hyperpigmentation, rosacea, and acne.

“My thought was to counteract the negative aspects associated with retinol, such as dryness and irritation, with CBD’s natural healing abilities,” says Few. As a result, their Chicago home office served as the launch pad for what would eventually become the skincare breakthrough Aforé™ CR Emulsion.

In a world marketplace where CBD development is pedal to metal with new products hitting the shelves and social media weekly, Few’s formulation is unprecedented, an accomplishment he has no trouble acknowledging. “There’s nothing even remotely close to this,” he states 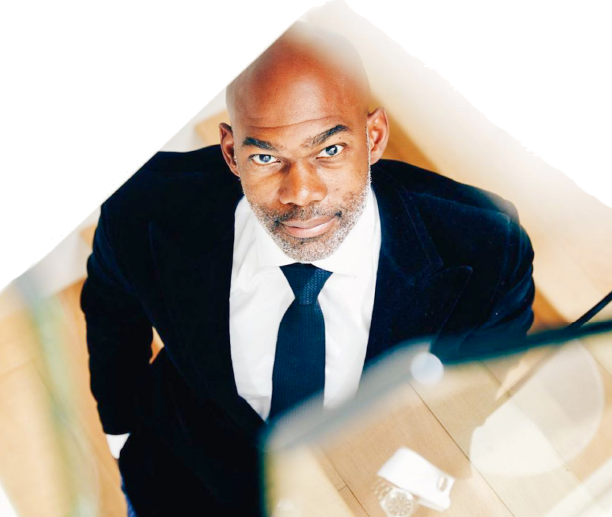 As it happens, Aforé fits nicely into Few’s signature Four-Dimensional (4D) Beauty. This concept upends the industry standard of before-and-after photos by capturing patients’ facial expressions on short videos. “The movements of our faces during communication are central to how we see ourselves and are perceived by others,” says Few. Those dynamic lines—the ones that insidiously etch their way into our faces whenever we talk, smile, laugh, frown, wince, or squint—are key culprits.

ATTESTED DEVELOPMENT
To optimize his findings during the shutdown, Few collaborated remotely with a chemist he’d worked with in the past; ingredients not on hand were shipped from a lab in California, and he cast himself in the dual role of tester and subject.

“The litmus is using my products,” he says, explaining that since his neck is prone to irritation from shaving, it became his primary test run challenge, and he wasn’t disappointed. “The first iteration worked very well; it just needed some fine-tuning,” he notes. After assessing the prototype for effectiveness, feel, aroma, and texture, he red-flagged the scent as too pungent, so round two included tinkering with a few select botanicals to develop an olfactory alternative. Bottom line: The emulsion is now odor-free with only the slightest hint of floral/citrus essence.

Another priority for Few at the outset was that the CBD be water-soluble. “Most often, CBD is dissolved in coconut oil or medium-chain triglyceride (MCT) oil, which can clog pores or make skin look oily or dull,” he says. Hence, the object of the formula game was to go water-soluble without compromising effectiveness. Once that box was checked, Few was ready to move ahead.

“Overall, the lion’s share of the planning was done during the pandemic,” he recalls. The next hurdle would be a test study, in this case, a six-week clinical trial launched with ten experimental subjects aged 18 to 65.

Fast forward hundreds of hours bracketed by stringent regulatory parameters, and you’ll find the payoff was impressive. Few’s initial hypothesis—incubated in “virtual” seclusion—was proven successful. CR Emulsion was well-tolerated across the board, and participants, pleased with the results, described their most marked improvements in the areas of wrinkles, visible pores, skin surface, and dehydration. “We’ve been running follow-ups with the group for more than a year now,” reports Few, and there are no side effects.”

THE RIGHT STUFF
Whether addressing a roomful of medical professionals about a procedure or product, fielding journalist Q&As, or conversing one-on-one, Julius Few, M.D., captivates naturally with intelligence, humor, and humanity. So, it’s not surprising to learn that professionally he’s achieved international recognition, not only for his surgical and research skills but as an innovator, speaker, and educator.

He is also a philanthropist, having founded The Few Institute for Children, whose mission statement reads: “To support and inspire disadvantaged youth in the greater Chicago area to overcome obstacles and succeed in life.”

Since the introduction of its CR Emulsion, Aforé has added CBD Effusive—an award-winning facial mist—to its CBD line. Both items and Few’s other Aforé collections for face, eyes, and body can be found at aforebeauty.com

WHAT’S IN A NAME
AFORÉ: from the Middle English “afore,” meaning “beginning” or “before.” The acute accent over the e designates an emphasis and flourish that highlights the pronunciation of the product, setting it apart from the past as it ushers in a new age and attitude of skincare.

Consequently, when viewed within the realm of Four-Dimensional Beauty, Aforé becomes synonymous restoration—before the sun, pollution, stress, aging, and slapdash beauty regimens took their caustic toll on our skin.              --GM