While it can feel hot and sticky in the concrete jungle of New York City there is one place not too far away that offers fresh air, beautiful surroundings, and more all in the name of a grand sport. The time-honored tradition of watching polo matches is an experience that around the world is greatly appreciated. The grand sport certainly hits a sweet spot from adults to children. The day thrills sports lovers to fashion trendsetters. There is simply nothing more perfect than a day watching a match under the bright sky on a sunny summer day.

And here on the East Coast just a short train ride or drive away from The Big Apple is one of the most luxurious grounds in the world. The elite Greenwich Polo Club is simply the best way to spend a stylish and sophisticated Sunday this summer. Just moments away from the hustle and bustle of Manhattan, you will find an escape that will pleasantly impress all ages. Nestled in the beautiful backcountry of Connecticut, the Greenwich Polo Club has hosted top tournaments in Polo, including the esteemed East Coast Open.

SIMPLY MAGIC
Imagine being a part of the summer magic where each match is attended by thousands of spectators flocking from New York City, Fairfield and Westchester counties who come to enjoy an afternoon with friends and family. Pack a picnic and sip champagne under the beautiful and bright summer sky. Purchase reserved umbrella seating on the lawn or sit in the grandstand for a captivating view of the match. A Player’s Lounge suite adds to the luxurious experience on this one-of-a-kind day. 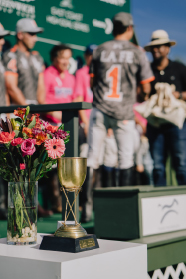 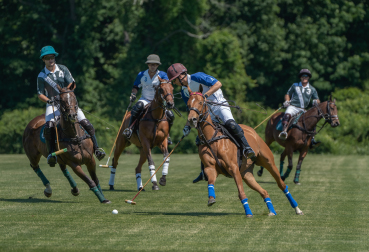 Established in 1981, the Greenwich Polo Club is considered as one of the top high-goal venues in the world. The Club runs ten matches almost every Sunday through September. From Manhattan, the grounds are easily accessible. In just a short train ride and Uber away you will find a romantically stunning venue that showcases a first-class world of sports.

Home to the legendary White Birch polo team, one of the most successful in history, having won the most high-goal polo tournaments of any team over the course of the past 25 years, including the US Open Polo Championship in 2005, the club is as iconic as it is prestigious.

The rich history of the ground is just the beginning of the lovely appeal of the venue that has been called a divine ground. From Hollywood celebrities to politicians to the wealthiest entrepreneurs in the world, they all praise what Greenwich Polo Club has to uniquely offer on a Sunday in the summer.

Some of the world’s best players have played at Greenwich Polo Club, including Mariano Aguerre, Facundo Pieres, Hilario Ulloa, Nacho Figueras and many others. Each Spring these players descend on Greenwich with their strings of champion horses to compete for one of polo’s most prestigious cups.

Sunday public matches begin at 3:00 p.m. and the club gates open to ticketed guests at 1:00 p.m. The season will end September 11 with the thrilling East Coast Open Final.

Sponsors of Greenwich Polo Club include Audi and Yieldstreet as well as Societe Generale, Celebrity Cruises, HHS Stamford, Falcon, Codigo Tequila and Barbados. Each one brings a quality of luxury and sophistication to the renowned games.